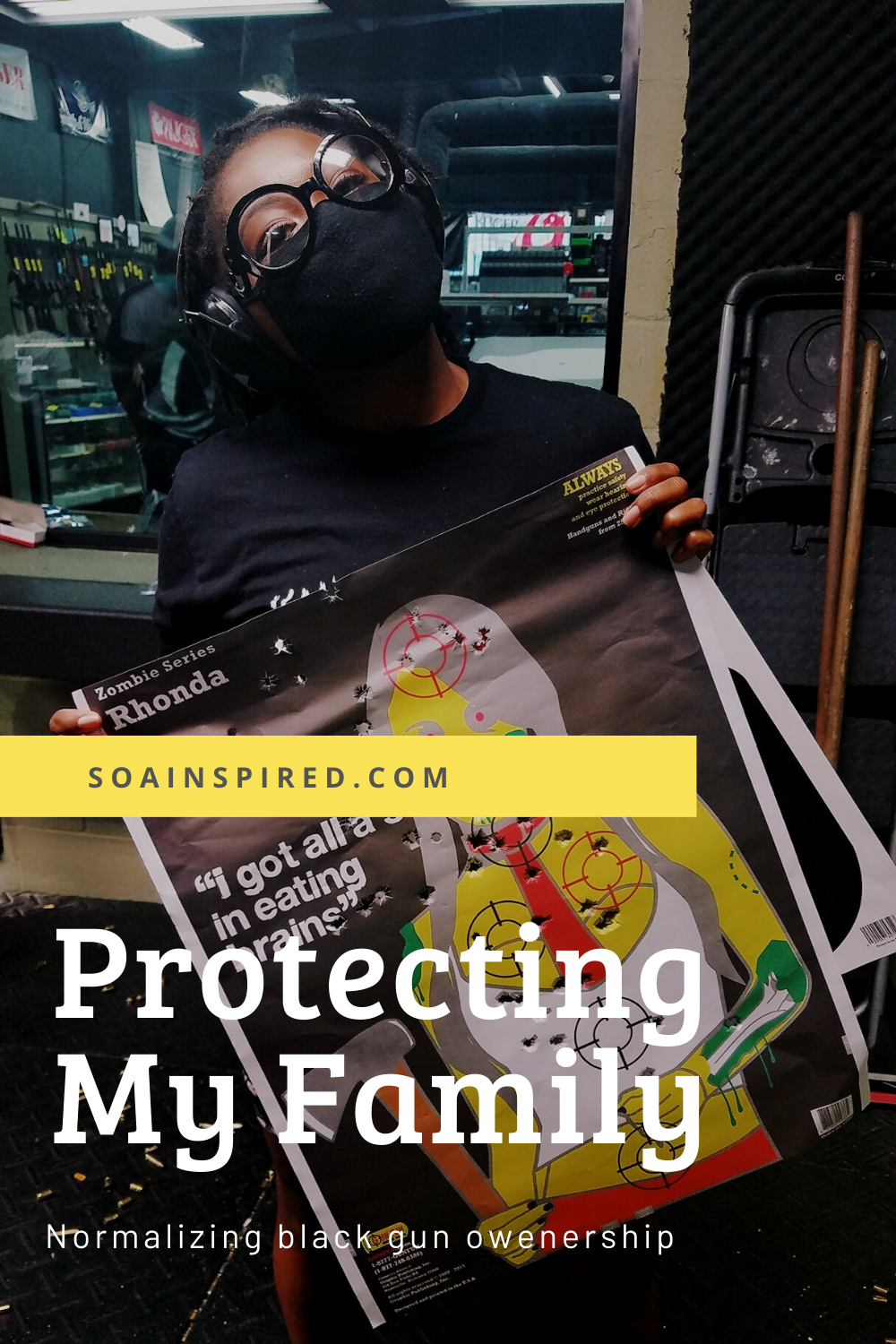 This is the year I actually expressed my second Amendment rights and it was scary as hell.

If you would’ve told me that I would be a proud gun owner ten years ago, I may have looked you in the face and started laughing and then went on about my business. I don’t think I’ve ever been adamant about owning a gun, but I have always been of the school of thought that you should always be prepared to defend yourself.

I remember taking a self-defense class with many of the other girls on my dorm floor. One of the first things I recall the instructor saying was, “Always be prepared to protect yourself. Anything can be used as a weapon, but your goal is to get out of harm’s way intact.” That stuck with me and from then on I began to carry a host of hidden weapons and learning how to use a gun. I even took a girl’s trip with one of the organizations I was in to the gun range to learn safety practices and how to actually use it.

I’m not going to lie, since that first time using and shooting a gun, I felt like a bad ass.

I wore my cutest, most stable heels paired with an outfit that empowered my inner Jesse Jane. Some years went by and I went to the gun range fairly seldomly with my husband. It wasn’t until our daughter came into the picture that they need to protect my family became more of a necessity than a passing fad.

Living in a society where women are constantly assaulted, harassed, or worse…killed keeps me in a constant state of awareness. Having a daughter and knowing that as she grows, I will have to teach her how to defend herself makes me both anxious and excited.

My husband taught me why it’s important for us to really make serious our right to protect ourselves and our family. The racial climate of 2020 really instilled in me why I should raise my voice for my rights. My husband bought his first gun this year. He purchased a Taurus G3. He purchased this particular gun after doing extensive research and getting reviews from his groups and peers because it’s reliable, a good size for his frame, and was a decent cost.

When it came time for me to make a decision on what gun I would own, I was apprehensive and scared, honestly.

I had a conversation with my best friend who has had a carry and conceal license and a gun for as long as I can remember. She said to me, “as women…as black women, we have to protect pussy.”

I realized, she was right. Women have to protect themselves. Too many times we see stories of women having to defend themselves and not being properly equipped with the right knowledge or weaponry to escape their tormentor. We’ve seen stories of other Black women who DID defend themselves and unfortunately the law ruled against them. That’s scary. However, it states in the Constitution of the United States of America, we have the ‘Right to bear arms’ or as my bestie likes to say, “we have the right to protect pussy.” That’s the reason I had to overcome my fear and secure my right.

When it came time for me to decide on my gun, I asked my husband for advice and did my own research. I knew that I wanted something that was easily concealable, lightweight, reliable, and made me feel comfortable in operating it. I decided to get a lavender Taurus G2c. I chose lavender because it’s my favorite color and, in my opinion, if I take out my gun to protect my family, I have found comfort in pulling the trigger to do so.

Here are 5 things to consider when purchasing your first firearm and how to get comfortable carrying:

I don’t think I’ll ever be 100% “comfortable” with bearing arms, but it is my right and I must be prepared to protect or defend myself as well as protect and defend my family. If motherhood has taught me anything, it’s that I will do whatever I have to do in order to protect my children.